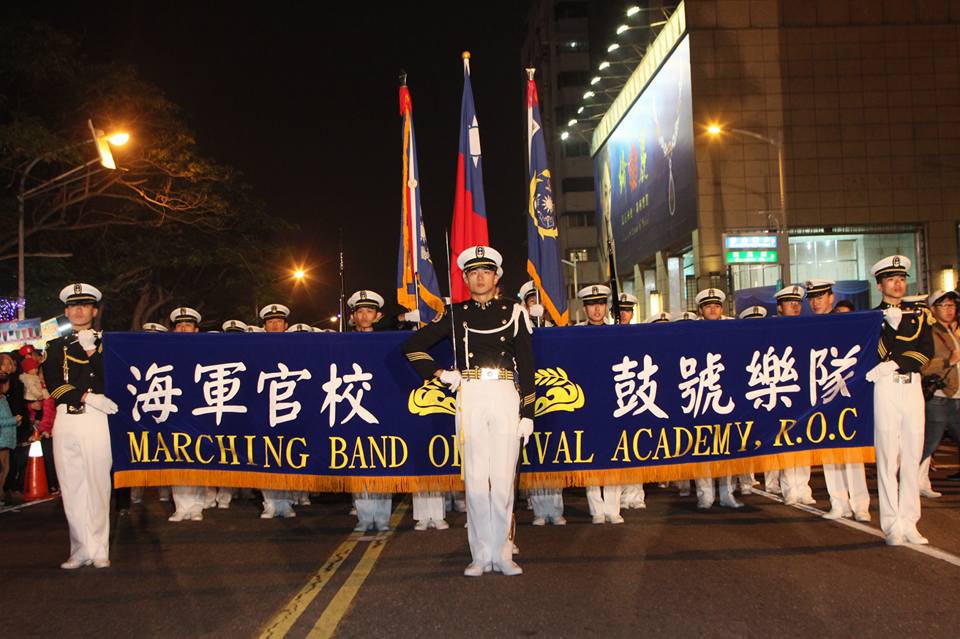 Our students performed one after another song which represented the essence of Navy force, including the "Anchors Aweigh", the “Navy War Song” and the “Naval Academy Song”. Their amazing performance, their neat and identical rythmatic actions were the fruits of constant co-operative training and practice.